Taganrog – a city by the sea

Taganrog is located on the coast of the Azov Sea. It is the proximity of the sea that has a strong influence on the weather conditions of this area, although the climate is considered moderately continental. Summer is long, moderately hot, and winter is warm and short, so the city is considered a seaside resort.
The average annual temperature is kept at +10 ° C, but there are also strong frosts and very hot days. Heat and lack of moisture are transferred by residents and guests of the city much easier, thanks to the sea breezes blowing in the afternoon from the sea, and in the evening – in the opposite direction. END_OF_DOCUMENT_TOKEN_TO_BE_REPLACED 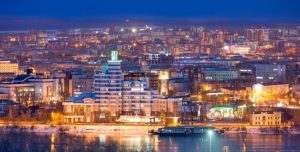 We continue our acquaintance with the Russian cities – Irkutsk. The city is located in the valley of the Angara River, at the confluence of its two tributaries, Irkut and Ushakovka, at the Trans-Siberian Railway, 55 km from the unique natural complex, World Heritage Site – Lake Baikal. Irkutsk is a cultural and scientific center of Eastern Siberia, in which more than 600 thousand inhabitants live.
The ancient Siberian city, founded as a prison in 1661. In the fire of 1879 was severely destroyed. Referred to the historical settlements of Russia; The historic center is listed on the UNESCO World Heritage List. Before the October Revolution, it was a merchant city that flourished for a long time on Russian-Chinese trade, and later on the gold industry; a place of political exile. From 1803, it was the center of Siberia, from 1822 to 1884 — the East-Siberian General Governorship. END_OF_DOCUMENT_TOKEN_TO_BE_REPLACED 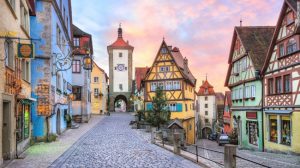 Germany is the leader in the list of countries called different names in different languages: Germani, Alemannia, Nemetchina, and many more other names. The Germans are used to calling their country Deutschland, which means “the land of nations.”
– In 2005, Angela Merkel was elected Chancellor of Germany, she became the first woman elected to this post in the entire history of Deutschland.
-In Germany, five thousand kinds of beer, five hundred types of medicinal mineral water, one and a half thousand different types of sausages are produced, more than three hundred kinds of baked goods are baked. This country has become famous throughout the world for its beer festival. END_OF_DOCUMENT_TOKEN_TO_BE_REPLACED