Sights and interesting places in Sevastopol 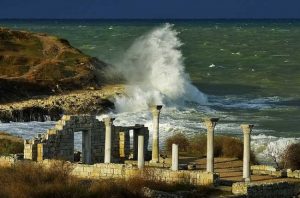 Sevastopol is a unique city located on the peninsula of Crimea. For a long time, he occupied a huge role in the life of the country, as it is located on a strategically important place. The defense of Sevastopol during the Great Patriotic War entered the hearts of millions, and the city received the title of Hero City. However, in Sevastopol are not only all sorts of monuments dedicated to the soldiers, but also the ruins of ancient cities. If you have never been in this truly Great City “with a capital letter” and do not know where to stay – this is a great guide for you to hotels in Sevastopol.
Those who decide to visit Sevastopol should visit the following local attractions:
– Tauric Chersonesos. These are the remains of an ancient Greek city, which was founded in the distant V century BC. It was an important political and trade center, it had serious fortifications. However, this did not save the Chersonese from destruction in the XIV century. Excavations of the ancient city began in 1827, which last to this day;
– Inkerman is another ancient town. It is famous for its monastery located in a cave, a special Inkermenian stone and delicious wines. Initially, the Kalamita fortress was built nearby, protecting Chersonesos from the invasion of enemies. Near the fortress in the caves and a monastery was equipped. It was later destroyed by the Turks, but over time many cells were restored;
– Museum-Panorama “Defense of Sevastopol.” This museum is dedicated to the defense of the city from the invasion of England and France during the Crimean War. The panorama was built in 1904 according to the project of artist Franz Alekseevich Rubo. The creator managed to maximally realistically display the heroic feat of the people defending the city;
– Balaclava. This is a bay of unusual curved shape, surrounded by mountains and distinguished by its beauty and smoothness of water. Due to its special shape, the entrance to the bay is not visible from the open sea. Previously, it was very difficult to visit Balaclava, the entrance was by passes. This was due to the fact that a tunnel was made in the mountains, in which they were engaged in the repair of submarines. After the collapse of the USSR, the repair shop was disbanded. And today Balaclava is not only one of the most beautiful places of Sevastopol, but also a museum of submarines;
– Monument to the scuttled ships. Another attraction dedicated to the defense of Sevastopol in the Crimean War. In 1854, the sailors of the city sank seven ships in the Bay of Ahtiar, thereby blocking access to the Anglo-French fleet. In 1855, 6 more ships were scuttled. The monument, which was installed in 1905, is dedicated to these events. It is located on a small rock 23 meters from the shore;
– Cape Fiolent. Another unique and beautiful place in Sevastopol. Azure beaches, endless sea, enchanting grottoes and dangerous cliffs surround the cape. But his popularity among tourists lies not only in this. Here is the monastery of St. George the Victorious. According to the teachings in 891, the sailors managed to escape on a rock, on top of which they saw the image of the saint. They also found the icon there. In honor of the 1000th anniversary of the monastery, a cross was erected on the mountain itself in 1891.
List all the attractions of Sevastopol is very difficult. Here there is the Diarama on Sapun-Gora, dedicated to the defense of the city in 1944, the Count’s Quay, the Chembalo Fortress, Malakhov-Kurgan, Nakhimov Square and much more. To get around all the interesting places of the city, it will take several days. However, unforgettable impressions will remain for many years.